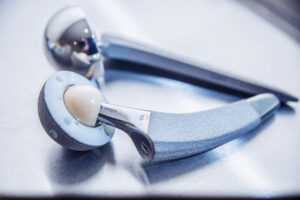 What is an Anterior Approach Total Hip Replacement?

What are the advantages of an Anterior Approach?

Lower risk of dislocation and less restrictions after surgery

In the posterior approach a few small muscles attached to the back of the greater trochanter (the bony prominence on the side of your hip) will need to be released  in order to be able to gain access to the hip joint itself. These tendons are repaired at the end of the surgical case. This creates a weak spot in the back of the hip joint that makes it vulnerable to a dislocation. The tendon repair takes about 2-3 months to fully heal.

During this period of time a patient needs to be careful and avoid certain movements .  Often referred to as “posterior hip precautions” or techniques to avoid this.  Movements such as bending over at the waist, flexing the hips past 90 degrees, and crossing your legs are restricted in an effort to help prevent a dislocation.

While dislocations are rare, these restrictions do not apply to patients that have an anterior approach Hip Replacement. Why is this? Well, in an anterior approach no muscles or tendons need to be released in order to gain access to the hip joint, and the joint lining itself is opened in a different place.  This is a very important distinction between the two as there is no weak spot created that could lead to dislocation and a tendon repair is not needed.

In addition to lower risk of dislocation, a patient may notice a faster healing time with an anterior approach. This is mainly due to the fact that no major muscles or tendons are cut and then subsequently repaired. This can lead to less post-operative pain and possibly even less need for pain medication.

Another advantage of the anterior approach is better visualization of the hip socket. Positioning of the acetabular component for the hip socket is one of the most technically challenging parts of a Total Hip Replacement. When a surgeon uses an anterior approach, they have direct visualization of the acetabulum allowing for more accurate placement of the cup.

Well, quite simply because experience matters! Dr. Hanson switched from the traditional posterior approach THA to the anterior approach 17 years ago. He was trained by  Dr. Joel Matta, one of the first pioneers in anterior hip replacement in the United States. He was responsible for bringing this innovative approach to the US from France. Dr. Hanson performs hundreds of these procedures a year, with over 1,600 performed in San Diego to date.

Read more about this procedure here.